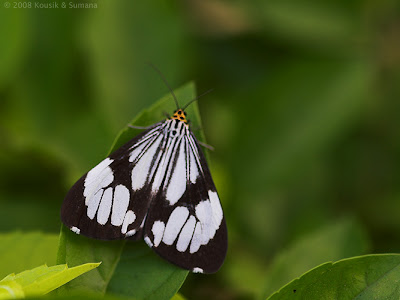 Nyctemera coleta is a rare occurrence in South India, as per Peter Smetacek and Prof K Gunathilraj. Probably the first photographic record is by myself in November 2004 in Bhadra WLS. The next record is by Julie Valsarajan (Coorg, October 2008).
Imagine if you see this on a morning walk in Lalbagh Botanical Gardens (Bangalore)! It took me some time to recognize because it wouldn't settle, but I lost it immediately afterwards. I was searching for it, and explained to my 3-years old son Iravan what I am looking for. He is a good spotter at his age, and within 2 minutes he found it out for me again. His excitement "Papa there is the moth! There is moth!" set that guy to flight again, but this time I didn't lose my sight and finally could photograph the rarity!
Kousik Nandy [kousiknandy@gmail.com] 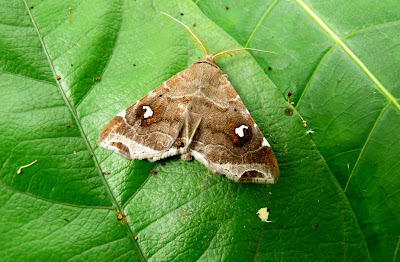 A Catocalinae, Noctuid Moth that I found sitting out in the open during the monsoon season last year. Having recently taken up by the variety in moth species I was literally turning up leaves and poking in the monsoon foliage for moths. I didn't see a single one until our return, quite close to where our vehicle was parked. This is not as colourful as a day-flying moth but attractive enough for me!
kiran srivastava [srivastava.jo@gmail.com] 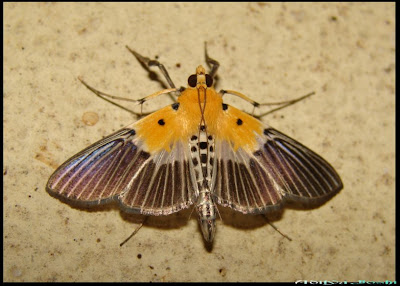 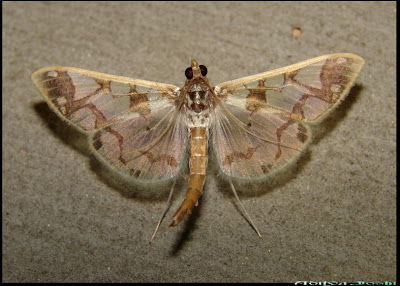 UID moths, Both are from Periyar. After the data collection we use to sit outside in the porch and analyse the data. During this time many insects and especially moths use to get attracted towards the head torches. I took this photo at the same time. I like these two because of their colouration and high activity.
addy josh [addy_josh@rediffmail.com] 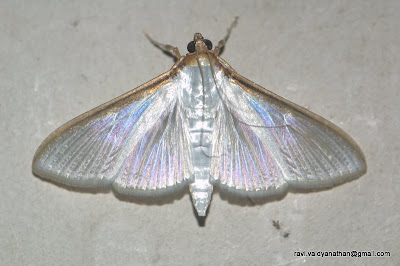 DSC_5628 - to be ided. This one was shot at home. Its translucent white colour just glimmers with rainbow shades once light falls on it from different angles. One of the most colourful yet colourless moths that I have encountered
Ravi Vaidyanathan [ravi.vaidyanathan@gmail.com]


Erebus epespheris - this was caught on the wooden ceiling of the village house where we stayed on our trek to the Konkan region..... near Vijaydurg.... it has amazing camouflage and was quite difficult
to spot on the brown wood
Ravi Vaidyanathan [ravi.vaidyanathan@gmail.com]

Maruca virata or the mung bean moth - caught among all the moths that flood your tubelight at night just after the monsoons... quite exquisite and very dainty but causes havoc to mung plantations
Ravi Vaidyanathan [ravi.vaidyanathan@gmail.com] 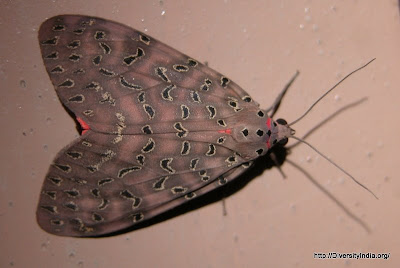 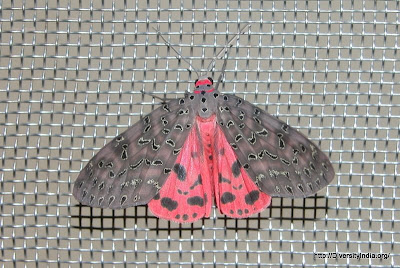 Here is my Photo of Argina argus Kollar, [1844] taken in Bangalore in February 2008. The moth came to my home. It was attracted to the tube light outside house. It looked dull colored, but on being slightly disturbrd it splashed the bight colors of hing wings which were covered otherwise.
Vijay Barve [vijay.barve@frlht.org]